Growing Opportunities for the Construction Industry in Africa 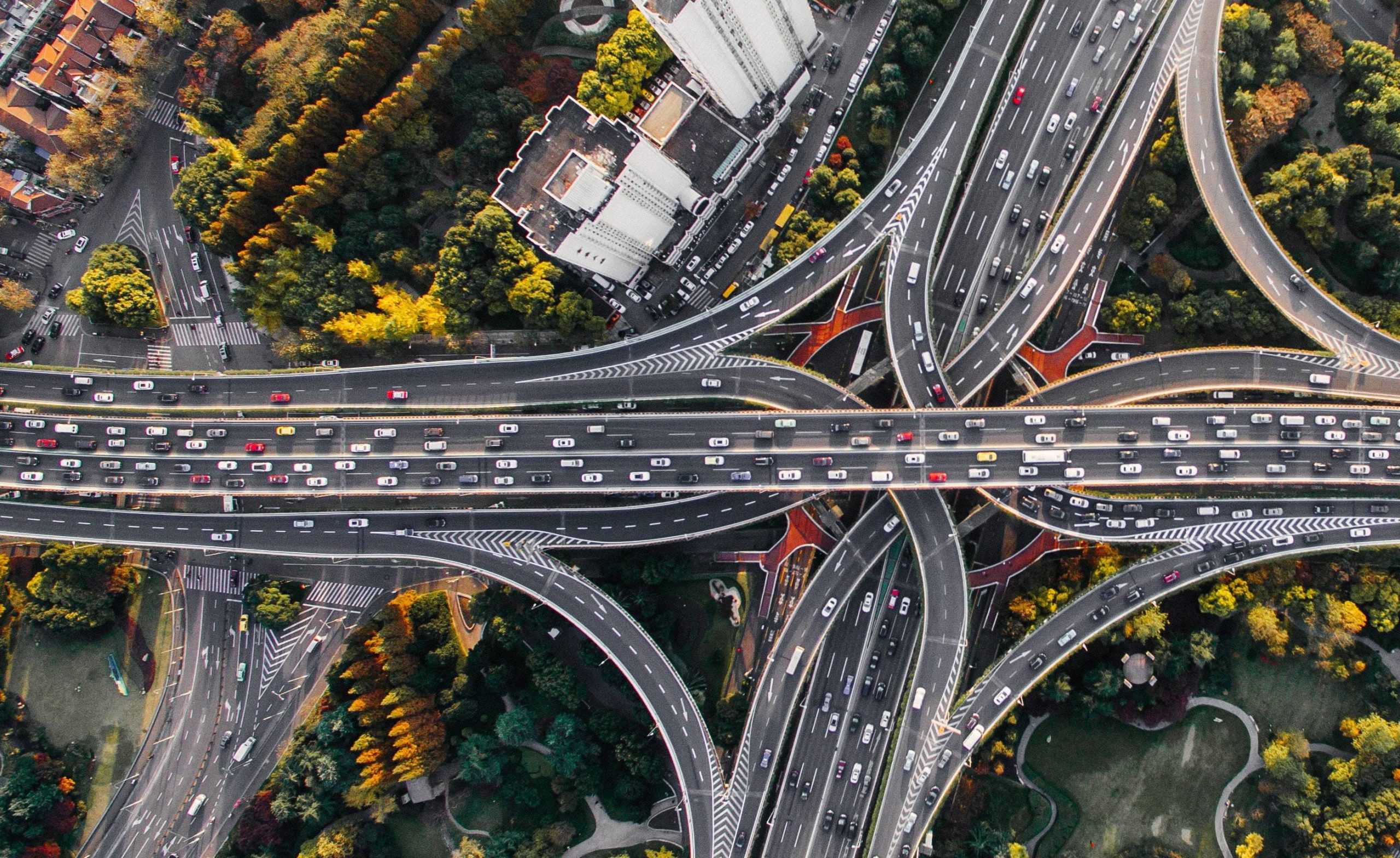 Growing Opportunities for the Construction Industry in Africa

In April 2021, Africa Construction Law, in collaboration with some of the leading law firms in the African construction law space (including Hogan Lovells and Aluko & Oyebode), organised a week-long programme which brought together experts and stakeholders from across the globe, to discuss the opportunities, challenges and areas for growth within the construction industry in Africa. One of the key takeaways from the conference was that the enormous potential, resources and opportunities on the continent remain relatively untapped.

According to the Deloitte Africa Construction Trends Report 2020, there were about 385 projects under construction in Africa with a minimum value of USD 50 million and with a total project value of USD 399 billion. Of these projects, 30.6% were located in East Africa, 26.5% in Southern Africa and 19.7% in West Africa. African governments continue to play a major role in the construction space with government owning 75.8% of the projects on the continent. They are also key to the  funding of projects with a funding share of 27.5% of the construction costs of projects, with private consortia and China following closely behind with 15.1% and 13.5% funding shares respectively.

Despite the increase in infrastructural spending and investment in the last decade, the state of infrastructure in most of Africa is still behind other parts of the world. As at 2020, McKinsey reports that “as a share of GDP, infrastructure investment in Africa has remained at around 3.5% per year since 2000… By way of comparison, China spends about 7.7%  of GDP on infrastructure and India 5.2%”. There is clearly the need for more private sector involvement in order to close the infrastructure gap between Africa and the rest of the emerging markets. Referring to what it calls Africa’s infrastructure paradox, McKinsey rightly notes that “there is need and availability of funding, together with a large pipeline of projects, but not enough money is being spent”. In many African cities, there are ongoing infrastructural projects, plans and projections for future projects.

Remarkably, these projects represent only a small fraction of the infrastructure needed to adequately support the growing population in these countries. There is, therefore, an urgent need to match some of the viable projects in the pipeline with private sector funds, in order to see the kind of infrastructural development that Africa needs at the moment.

In a report prepared by London-based think-tank, Overseas Development Institute, in January 2020, it was noted that the rate of profit on investment for firms investing in Africa is higher than in many other parts of the world. The report further revealed that in the year 2019, the rate of return on all inward foreign direct investment in African countries was 6.5%, which was higher than the 6.2% rate in Latin America and the Caribbean and the 6% rate in developed countries.  With some purposeful intervention, the construction industry in Africa is poised to explode.

Indeed, the growing need for infrastructure in most of Africa, the rapidly growing population across the continent which consists of a large number of young people, the lower production cost in Africa compared to other parts of the world, as well as a high return on investment, all indicate that labour-intensive industries like the construction industry are in for a boom.

Like any other jurisdiction and continent across the globe, infrastructural investment in Africa is not without its risks. Potential risks include political, commercial, project delivery, claims related and legal risks.

Take political risks, for example: A change in government could potentially mean a new economic direction and policy for the country. This risk is particularly high in some African nations where political instability continues to be a challenge. Potential investors may also be exposed to commercial risks, including environmental factors, problems in the supply chain and delays in the completion time.

The project delivery risk is another factor to consider. While contractors would usually assume contractual responsibility for on-time, on-budget, and on-quality delivery, there are a couple of factors that can affect the delivery of a construction project on the continent. For example, there is the trend to maximise risk transfer regardless of the contractor’s capability to best manage the risk; a combative contracting culture which runs contrary to the collaborative approach to project delivery adopted in many international standard forms of contract; a lack of transparency on contractor’s capability; border controls and currency control risk; poor risk planning and performance management of resources and costs.

There are also claims related risks. Like in many jurisdictions, the culture of underbidding by contractors with a view to recouping through claims is prevalent in many African projects. While many international construction contract forms in use for international projects within the continent contain notices and claims management provision, the meaning and legal significance of these provisions depend entirely on the applicable law which differ and depend on the legal tradition in the specific jurisdiction. In Egypt, for instance, the Court of Cassation in Challenge No. 1164 held that based on article 657 of the Civil Code, time bar provisions would be enforced. However, awareness or knowledge of the claim by the asset owner would override the strict obligation to give timely notices as required under the contract. This approach is likely to differ in common law jurisdictions where time bars are strictly enforced.

There are also legal and enforcement related risks often associated with an evolving legal environment. In many African countries, there is often a disconnect between the legal framework as it is on paper and the law as it operates in practice. There are also regulatory related risks, including delays in the administration of the court system, delays in obtaining licences, approvals and permits from government agencies and an uncertain regulatory environment especially as it relates to local content regulation.

Navigating the tide and the need for proactive project management

Notwithstanding the risks and challenges highlighted above, statistics suggest that the African construction industry offers an enormous opportunity for investors and with careful and proactive project management, market intelligence and experience of the market, investors can successfully navigate the terrains, mitigate any risk and maximise return on investments on the continent.

Also, the legal and arbitration frameworks have, in the last couple of years, been updated to reflect recent commercial realities. For example, on 13 January 2020, Nigeria introduced a Finance Act which was designed to, among other objectives, amend the various tax laws in Nigeria, promote fiscal equity by introducing tax incentives for investment in infrastructure and capital markets as well as mitigate instances of regressive taxation.

Furthermore, arbitration which is a popular method of resolving construction disputes in Africa has in the last decade witnessed significant development with jurisdictions like Ghana, South Africa and Tanzania modernising their arbitration frameworks.

Courts across the African continent have also shown increased willingness to enforce validly made arbitration agreements and awards. Only recently, the Nigerian Supreme Court in the case of Metroline (Nig.) Ltd v. Dikko [2021] 2 NWLR (Pt. 1761) 422 at 445 upheld the decision of the Court of Appeal enforcing an arbitral award in the face of a challenge seeking to nullify the award on the ground that the award was made against a non-signatory to the arbitration agreement. Similarly, in Peepul Capital Fund II LLC v. VSoft Holdings LLC [2019] UKPC 47, the Privy Council (on appeal from Mauritius) upheld the decision of the Supreme Court of Mauritius which refused to set aside an arbitral award on the basis of alleged breaches of natural justice and public policy.

As at today, many African states have ratified both the United Nations Convention on the Recognition and Enforcement of Foreign Arbitral Awards of 1958 (“New York Convention”) and the International Centre for Settlement of Investment Disputes Convention (“ICSID Convention”). The steady uptake of the New York Convention and the ICSID Convention across Africa demonstrates intent by African states to ensure that investments within the continent are protected and reassure investors that their investments are protected due to the reliable enforcement mechanism afforded by these conventions.

This post was first published in the Hogan Lovells Africa Newsletter for the first half of 2021. 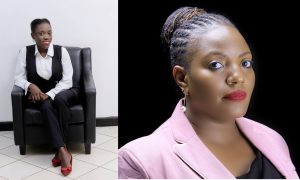 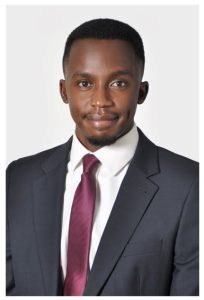